The post below was the first thing I wrote for Elephant Journal in November 2011. Turned out to be my most successful post ever, my “claim to ‘internet fame'”. On that blog that is. On other blogs I got hate for it. Still gets read 200 times per day so I thought I should share it here too. (from my old blog). Here goes:

Twice today I came across some funny internet content that was about ‘being manly’. Since I don’t believe in coincidence I take this as an omen and assume the Universe is inviting me to write about masculinity. And of course I feel the need to balance the funny stuff and approach the topic dead seriously. But before I start doing that, let me give you the links that triggered this post. First one is “What manly dudes talk about” from www.tothechest.com, second is “How to be a man?” from Tales of Mere Existence, an excellent channel on YouTube, in my opinion.

I do feel that it’s an interesting and challenging topic. The bottom line is very simple. To be a man we have to be a mature version of a person with a Y chromosome. And everything we don’t develop doesn’t mature. Our physical development takes care of itself more or less. We just need to keep eating, sleeping, drinking and breathing (although it helps tremendous if we do that properly). But if we don’t take care of our psychological, intellectual, emotional and spiritual development these aspects remain underdeveloped and therefore immature. You can do the quick scan right now: if you are a man and haven’t been taking care of one or more of these terrains you can be sure that the corresponding side of you is immature.

Anyway, let’s get started. I typed this list in my phone while waiting for my order of Thai food. I did it off the cuff, There is no particular order nor am I having pretences about it being complete. On second thought and more honest: I think it’s pretty complete but I was just acting humble. This is a list of features I honestly feel a mature man must own, be or do:

Being fearless does not mean being without fear, being fearless means admitting your fears and going beyond them. A real man is not in denial of his fears, holding up a mask of invulnerability but is willing to face his fears and work on them. He has the courage to do things that frighten him when the situation calls for it. A real man knows that the path towards fearlessness is endless. 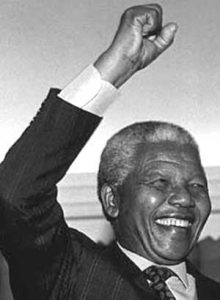 A man should be flexible and reliable at the same time. If necessary he can start all over again at any given moment. Whatever happens; his house was burnt down, his crop failed, he lost his job, his wife had a miscarriage: even if he has mourning to do he starts all over again. A real man accepts his fate but doesn’t become a victim of it.

3. Live, speak and listen from the heart

A real man doesn’t hide his feelings and intentions. He is not afraid to be gentle nor afraid to be sad. He is in touch with his emotions and is able to express them. He has the courage to live his dream and the space to listen compassionately.

A real man owns his anger. His anger has transformed into masculine compassion. He can be angry, strong, decisive and courageous. His anger serves his presence and the presence of others. It is not a humiliating or destructive type of anger. The latter happens when a man is a slave of his anger, that’s the anger of the coward trying to overcompensate his feelings of inferiority. This is just as sad as a man completely disconnected from his anger. He becomes emasculated and has no power at all. Other men don’t take him seriously. Women can smell immature anger and emasculatedness from a mile away and don’t find it sexy. Mature anger, on the other hand, is a big turn on.

Try not to become a man of success, try to become a man of value. Einstein said that. I think that’s true and important. If you fill your days with doing something that pays the bills but is essentially meaningless you are wasting your precious life. Yes, even if it pays the bills so handsomely that you can spend 2 months per year on adventurous holidays and eat in fancy restaurants, you are still wasting your life.  A real man has the balls to travel outside his comfort zone to make a sincere attempt to contribute to mankind. He works for the greater good instead of for the sake of protection of his self image and clinging to the illusion of safety.

This life is a journey and we all are somewhere on our path. A real man is honest about where he is at in his development. He doesn’t pretend to be wiser or more evolved than he actually is nor does he shrink so that others won’t feel insecure around him. He knows his strengths and his weaknesses and not ashamed of either. That there is always work to do is a given to him. He knows where he has his work to do and is willing to listen and learn from those who have done that work.

A coward is always trying to hide his weak spots, a real man works on them. He is willing and able to reveal himself even in the midst of pain. He is vulnerable because he wants to be vulnerable. By opening up in every moment he is continuously practicing his courage. It’s his way of defeating his own cowardice.

When push comes to shove every man should be able to defend his wife, children and honor. Just like we teach our children to swim to prevent them from drowning a man should know at least enough basic fighting skills so he can throw a punch in case of an emergency. A real man has spent enough time in a ring or dojo to ensure a deescalating presence. He does not panic, is not easily provoked and has some strength and skills.

10. Have a sense of humor (don’t take yourself so fucking seriously)

A real man can hold both the utter importance and the utter unimportance of life at the same time. He can see his own failures and flaws and joke about that. Since he knows his self image is just an image he feels no need to defend that image. He can uplift a tense situation with a joke but he isn’t the immature joker that abuses humor as a tool for escaping intimacy or sabotaging intensity. A real man has the capacity to light up the room. A real man embraces life.

A real man is devoted to the development of body, mind and spirit. Not to stay ahead of other men, not out of fear of being defeated, but because he has more to offer when he is healthy and present. Taking care of his body makes him fit and strong, taking care of his mind makes him clever and sharp, taking care of his spirit makes him wise, warm and compassionate. A real man knows that his body and mind are mortal but that the love he spreads during his life remains.

In the end a real man knows that he is just a guy. He does all these things because that’s what he is: a man. He likes hanging out with other men, he might drink beer during football, he loves his woman and he works wholeheartedly. Basically, he is just trying to do his best to make the most of life and is having some fun while doing that. His sweat is honest, his heart is open and his back is straight.

I wrote this list in March 2011. I am amazed and flattered by the popularity. For me, to stay true what I wrote above is my daily practice. I gave up my home in Amsterdam in January 2012 to step into the unknown, to go on a spiritual quest. I will travel the world for a full year, searching for men and women who fit the profile. I call them warriors. Follow this blog if you are interested. Here you can witness the rawness of the day to day reality when a man lives according to the values he once put into a clean and eloquent list. Learn how to contribute to my quest. I need your support, connections and hospitality too to make my “Quest for the 2st Century Warrior” into a heartwarming adventure.

– Look into my eyes, about finding the connection between rejection and childhood pain

– Coming to terms with past and present, about dealing with family karma.

– Miles Kessler sensei, warrior, about the first real warrior I trained with.

I have been traveling for almost exactly  a year today. I faced my fears, practiced martial arts (and yoga), lived, spoken and listened from the heart, met many amazing people, did not work out as much as I liked but meditated quite a bit, did not have a lot of sex but did participate in a very interesting tantra course, never hid my weaknesses, got beaten up by life but bounced back, worked all over the planet trying to inspire as many people as possible and think I am still keeping it real. I also have decided to not go back to The Netherlands and do another tour around the world. The Quest for the 21st Century Warrior is not over yet.

Below I give you the links of the best read posts of 2012:

Ilana Meallem: Warrior: portrait of the super inspiring peace activist Ilana who brings Isreali’s and Palestians together. I stayed with her in February 2012.

Crushed: the morning I woke up in Baghdad to find out I was dumped by my girlfriend.

Sex 2.0: about my realization that sex should be a part of my spiritual path.

Knocked Out: about passing out and waking up all bloody after having a powerful mystical (Kundalini) experience in India.

The Power Of Love: about my insights on love, sexuality and energy.

The Little Healer, Meeting the Teacher and Y’all Stole My Heart about the life and death of baby Sam van Eeghen and my time with his mourning parents in Carmel, California.